Purple is my favorite color and I’ve been hoarding so many purple batiks. I decided to use them in Cheryl’s Magnolia mystery. Since I was late getting started on the mystery, Cheryl  had already revealed the pattern by the time I got started. So this was technically an un-mystery for me.

HSTs: The pattern calls for eight 2″ half-squared triangles (HSTs) per block. I decided to use a single fabric for all the HSTs. When I’m mass producing HSTs, I like to use Triangles in a roll but I didn’t have any 2″ HST rolls handy. I found these triangle foundation paper at a site called www.quiltingandwhatnot.ca that work very well. You can print the templates on regular printer paper. You can make 18 2″ HSTs per page. This went very fast and made some really accurate blocks. Peeling the paper off the blocks was most boring though.

I was going to make Cheryl’s suggested layout but at the end decided on a square in a square layout. This will give me an opportunity to create a secondary design while quilting. This goes to the bottom of my pile of un-quilted tops and will not be quilted anytime soon.

It was a cold and windy day in Houston, Texas when we took it out for a picture but here’s another pic I like with the reflection in the pool.

Cheryl hosted the Magnolia mystery last year. I picked out my fabric early on but did not get the time to follow along during the mystery. I started all over again after the reveal. Changed my fabric to purples (all from my scrap bag) and green and pink on a white background. Her reveal parade deadline is Feb 15th. Not sure if I will be done for that but I hope to be done making the top by the end of the month. Linking to One Monthly Goal.

Kolam (in Tamil) and Rangoli (in Hindi, Kannada) is an Indian art form in which patterns are created on the floor using rice flour, chalk or chalk powder, colored powders, flower petals or rice paste. Kolams are drawn in front of the house, in the courtyard, in living rooms, prayer rooms, in the kitchen next to the stove, along doorways, everywhere. There are hundreds of traditional designs, and everyone and their neighbor is constantly coming with new variations. Kolam was part of my upbringing. We made simple, quick ones every  morning outside the front door and made ridiculously complicated ones for occasions like Deepavali (festival of lights) or Navaratri.  Google kolam for a million hits and a million designs. Also try rangoli for slightly different designs. Also try pulli kolam for dot-based designs.

Now back to quilting. I made a Celtic quilt (the green and yellow) a long time ago and my mother said it looked like Hrudaya Kamalam –  a very special Kolam for Lakshmi, the Goddess of wealth. Hrudaya Kamalam translates to lotus of the heart. Hrudaya kamalam is a sacred design, usually drawn in a place of worship – at the temple or in the prayer room at home. People do not step on this kolam while it is generally OK to walk over other kolams.

Here’s a short lesson on drawing the Hrudaya Kamalam. It starts with a pattern of 8 lines radiating around a point. Each line has 5 dots spaced equally – the dots are numbered 1 to 5 starting from the innermost, going outward. This kolam is a continuous design drawn as a single line joining the dots in the following repeating pattern – 1-3-5-2-4 – until all dots are covered. As you can see in the picture, after a few cycles, it looks like overlapping petals of a lotus. The petals can be rounded as in my quilt or pointy.

This quilt came about in another special way. It was September 2008 and hurricane Ike made landfall near Houston. In the aftermath of the hurricane, we lost power for a couple of days. We had nothing to do – no TV, no internet and no cooking either (we had an electric stove). My in-laws were visiting us and helped me pick out the fabric, and helped me draw the pattern on the background. I finished the quilt a few weeks later and gifted it to my in-laws as a token to remember their Houston visit and hurricane Ike. It’s about 48″ X 48″ and has sleeves in the back for hanging.

Linking to Throwback Thursday at mmm! quilts where you show and tell a quilt from long ago… 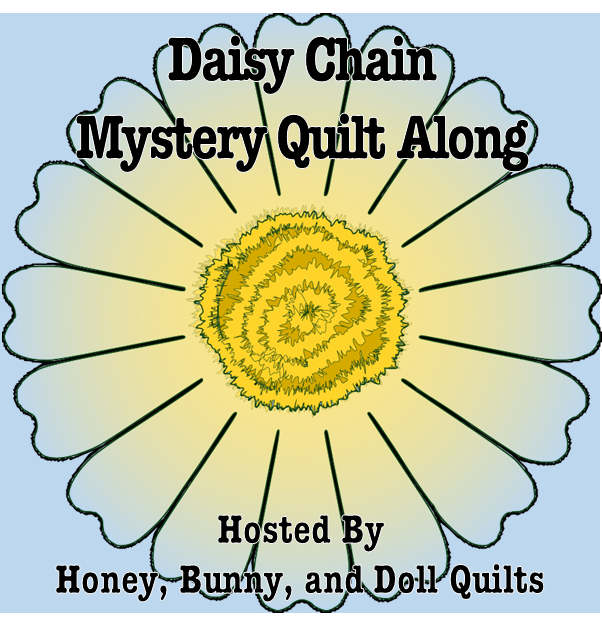 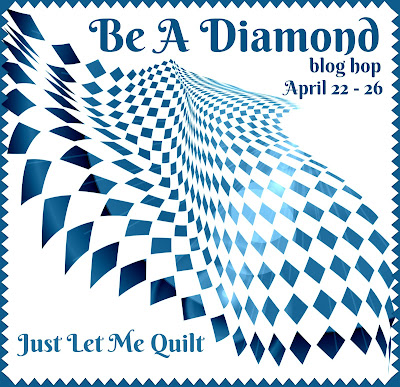 Finished or Not Friday

Can I get a Whoop Whoop?